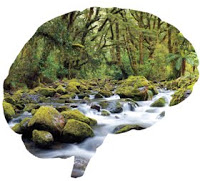 The notion of 21st century learning seems to be in need of analysis. For many, it speaks to a digital literacy and reliance that presumably is paving the way for a future of technological marvel. Or perhaps 21st century learning is the dumbing-down of what we have valued in terms of formal education, creating fodder for our disdain of contemporary generations. For others, however, 21st century learning speaks to transformation; both in terms of the individual and society. Given the current ecological crisis and impending planetary emergency, education and the practice of learning need to be situated in a curriculum that speaks to our understanding of systems, to critical thinking, and our connection to each other and to the biosphere.
On the weekend of October 13, 2012, two interesting editorials surfaced out of the Canadian mainstream. One of which was an essay written and delivered by the host of CBC Radio’s The Sunday Edition, Michael Enright (2012). In his essay, Enright savagely deconstructed the use of technology in the classroom, suggesting that wi-fi, social media, and technological gadgets have made our society dumber. The day previous in the Globe and Mail (Kingwell, 2012), a professor of philosophy at the University of Toronto bemoaned the current state of the post-secondary learners and issued his seven steps for academic redemption and 21st century curriculum. Both essays pointed to an almost intangible notion that contemporary pedagogy and curricula are so heavily focused on gadgetry and attention grabbing, that they fail to address our ability to engage in dialogue, to think critically, and to further knowledge through our individual and collective experiences. Presumably these skills are essential to create the culture shift needed in order to perpetuate all species on the Earth and to solve some serious problems challenging humans throughout the world. Out of Enight and Kingwell’s reactions comes a new conceptualization of 21st century learning; at least within the realm of curriculum development. 21st century learning might situate the learner in a context of crisis by which they are asked to generate solutions which transcend technology, disciplines, and instrumentalism.
Perhaps 21st century learning can offer two facets. The first is the idea of critical thinking via experience that which connect students with the Earth. Our neoliberal and traditional curriculum has really made us consumers and we have lost a genuine connection with “the other.” By “the other” I refer to humans, other species, and all systems. It’s my contention that if we allow students space and experiences which situate them in the environment and allow them to think critically about how we have structured our world, they will create important links between contemporary structures and the present crisis.
To express themselves, which brings us to my second point, perhaps students can use a variety of means to express themselves to solve systemic problems. This will most certainly involve technology, but technology is not only iPads – it’s pencils, paint, books, rulers, Photoshop, Twitter, and other tools which help us to take action. But these tools are used as a means for social reconstruction, not as an end to themselves.
I guess I have become frustrated, like Michael Enright, when we focus too much on technology. Often I find we feel pressured to use a variety of technologies in our classroom because our administration tells us to, or because stakeholders in the public see it as essential in order to keep up with something. What I might suggest, however, is that technology becomes an expression of our critical thinking and a catalyst for expressing our ecological literacy.
Would love to hear your thoughts.