Last week, there were two separate incidence of political violence in this country. First in Montreal, and then in Ottawa, with the killing of a reservist at the War Memorial and then a shooting spree in Centre Block of Parliament.

There have been numerous pundits, Op-Eds, and other demonstrations of sense making — some useful and some not so useful. Last week, we read Walkom’s attempt in the Toronto Star to use history as a means to support his argument and his understanding of the events on October 22nd. Here is Jian Ghomeshi, recently fired form the CBC, trying to make sense of the day’s events:

Let’s take a look at history and the history of political violence in this country. Below, share with us a time in Canadian history that resembled or did not resemble this situation. How was it different? How as it the same? How did governments, the media, and the public react? How does your research, thinking, and processing help make sense of last week’s events? Be honest. Do your research. It matters.

To help us along, here are the words of Prime Minster Harper, the leader of the Opposition, and other opposition parties: http://www.cbc.ca/news/politics/ottawa-shooting-harper-mulcair-trudeau-speak-about-attack-1.2809530

Lastly, for it’s worth, here is Russell Brand deconstructing the words of our Prime Minister and analyzing the media framing of the events:

Yesterday, we had a fantastic visit from from Brian Keenan from the University of Winnipeg. He engaged us in a dialogue about the notion of justice and helped us solidify some of the ideas we have studied. Dr. Keenan also elaborated on Rawls’ conceptualization of justice. Many of us were “okay” with this theory of justice, whereas others questioned his second principle.

Coincidentally, the Supreme Court of Canada is listening to arguments on whether physician-assisted suicide should or should not be constitutional. Those who are on the “right to die” side of things, argue that certain sections of the Charter of Rights and Freedoms are being violated.

How does Rawls’ theory of justice inform the debate on assisted suicide? How does your understanding of justice inform your opinion on the decision the SCC will make? Be sure to be clear with your argument and use evidence to support it.

To help answer these questions, I have posted the following links:

Rawls and the Question of Physician­Assisted Suicide 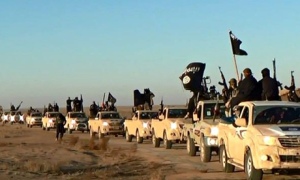 As we know, Parliament recently voted to send support to help with the fight against ISIS in northern Iraq. As we read in the Globe and Mail, this amounted to six CF-18s, two bombers, and a refueling plane (not to mention 600 personnel).

The debate in Parliament has created a debate across the country as to what Canada’s role should be in the world.

Robert Fowler, a former diplomat and representative of Canada to the UN, has recently suggested that Canada’s plan will actually be destructive to the movement against ISIS. Below you will find an article from the Globe and Mail and an interview he performed on the CBC’s As it Happens.

Folwer – Half Measures in the Fight Against the Islamic State…

What do you think? What should Canada’s role be in the fight against ISIS? Do you agree with Mr. Fowler?

In response, be sure to have a strong research question and thesis and use evidence to support all claims that which you make. Respond to your colleagues with dignity and decorum.

Bio on Fowler from the Globe and Mail:

Robert R. Fowler is a Senior Fellow at the University of Ottawa’s Graduate School of Public and International Affairs and the author of A Season in Hell: My 130 Days in the Sahara with Al Qaeda. He has served as a foreign-policy adviser to three Canadian prime ministers, as personal representative to Africa for three others, and as deputy minister of national defence, and was Canada’s longest-serving ambassador to the United Nations.

Robert Fowler – A Season in Hell from Matt Henderson on Vimeo.

With recent events in the House of Commons involving Question Period, most notably Mr. Calandra’s antics and Mr. Mulcair’s calling out the Speaker of the House, there has been a great deal of talk over the past few weeks across the country looking at whether certain parts of our democracy are dysfunctional.

Below, I have linked a few radio programs and a couple of articles which look at various parts of our democracy. What do you think? Are there certain things we should change within our democracy?

CBC 180: Can Question Period be Fixed?

CBC Ideas: Too Dumb for Democracy

The First Past the Post System Doesn’t Work for Canada