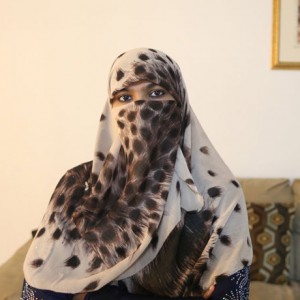 Lately, we have been speaking about the politics of fear with our recent investigation into Bill C-51. MacLean’s Magazine has recently created an aggregate page looking ta last week’s national discussion on the Niqab and whether or not a state has the right to take away someone’s right to wear what they want a certain ceremonies. You can listen to an interview with Minister Jason Kenney below:

Here is an editorial from the Toronto Star which counters what the Minister states: http://www.thestar.com/opinion/commentary/2015/03/14/harper-should-follow-our-secular-law-on-niqab-siddiqui.html?app=noRedirect

Here are the comments from CPC MP Larry Miller:

What do you think? Should the state be able to restrict the civil liberties of citizens, or does this have to do with another issue?

Let’s use our historical thinking skills to help us understand Canada’s history with restricting civil liberties. Below is a photo of the legislation signed by then Justice Minister Louis St. Laurent designrf to segregate Japanese citizens. St. Laurent would become Prime Minister 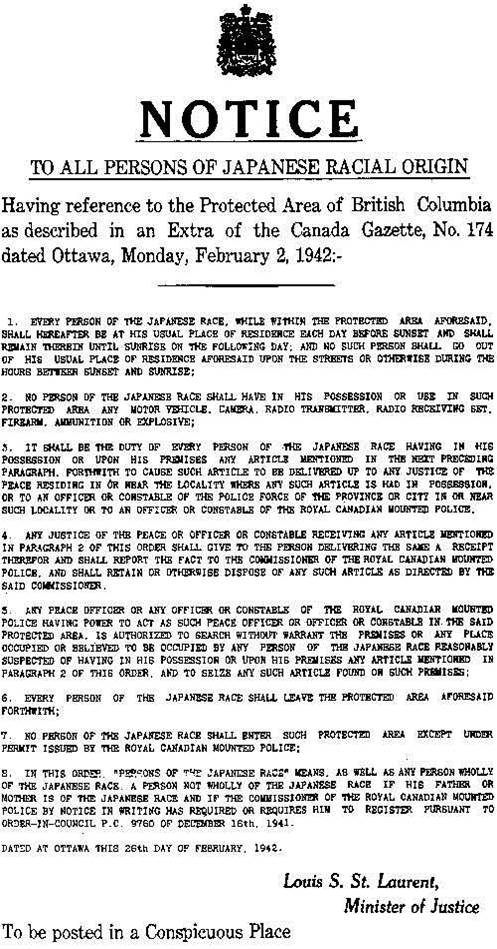 Here is also a fantastic article on the War Measures Act, both in 1914 and 1970, and the alien exclusion legislation (the fastest created in history) created during the Winnipeg General Strike: http://www.therecord.com/opinion-story/4774484-war-measures-act-eroded-civil-liberties/

What do you think? Should women be denied the right to wear a Niqab in Canada? How has Canada defended and restricted civil liberties in history and is this important for our current discussion?

Please use #CCW2015, #SJRLaw and #SJRCanHis to respond, or use the space below. Be concise, courteous , and smart.

This week our Law learning community has been introduced to two things: Criminal Law and the sensational podcast Serial. We were all mesmerized by Episode 1 and I thought everyone was going to attack me when I turned it off for “discussion.” Lesson learned.

We also spoke today of the Sausage Factory of Criminal Law, that is the process of the criminal justice system and how if at any point the system is compromised or misguided, the result will be poisoned. Here is diagram:

How does the series Serial connect with the notion of the Sausage Factory? Can you find other examples of Canadian cases where a misstep or poisoning of the process resulted in a bad outcome? What are the critical stages where something can go wrong? How might we improve the situation?

What of Louis Riel’s or David Milgaard‘s trials? At what point in the Sausage Factory did something go wrong?

Be thoughtful, use evidence, and respond to your colleagues with positivity.

Here is a link to an interview with the Adnan Seyid’s family: http://www.theguardian.com/tv-and-radio/2014/dec/07/serial-adnan-syed-family-podcast-interview

Getting married? Getting divorced? Both? We have created a resource for you to get through this tough time in your life. Family law can be charged with emotion and very expensive, so remember to keep your cool, remember what’s important, and hold on to your integrity.